Long-time client Maybelline New York needed to improve loyalty in its cosmetics business, where consumers tend to use multiple brands for their range of makeup needs. To meet Maybelline’s challenge a campaign was developed called “B2Me™” – direct marketing that applies deep personalisation and content marketing to create relevant messaging based upon rational, emotional, physical and relational characteristics. The campaign goals: educate consumers about choosing and using cosmetics, and recommend which Maybelline products best suit them, based upon their physical characteristics and makeup personality.

The main component of the campaign would be a series of three, full-color and fully personalised 20-page, 4.75”x7” booklets containing cosmetics lessons, personal

product recommendations, and trackable discount coupons - an  extremely ambitious undertaking that would require a great deal of unique data, a high degree of variability, and high-quality digital print production capability. So, the campaign began with mass and social media efforts to drive consumers to the Maybelline New York microsite where information about an individual’s ethnicity, hair and eye colors, eye shape, skin conditions, and other qualities was collected in a 12-part questionnaire. As a side effect, mailing addresses were captured, which essentially built the beginnings of a loyalty club for Maybelline New York.
The data consumers entered was used, along with the XMPie® uCreate™ Print plug-in for Adobe® InDesign®, to personalise content in the booklets, enabling an astonishing 3.5 million options for each booklet.
The campaign has been ongoing since 2009, consistently delivering superior results. Sales, as measured by the coupon redemption rate, are multiple times greater than those from previous, non-personalised campaigns, and most is new business from people who previously bought competitive brands. The campaign has also delivered a lift to Maybelline’s brand appreciation and improved the likelihood that consumers will recommend the Maybelline New York brand - an unusual result for a direct marketing initiative. Highly satisfied consumers have credited Maybelline with improving their lives by changing the way they feel about their personal appearance. So many consumers recognise the value in the booklets, that fully half of the microsite visitors complete the longer-than-usual questionnaire, consistently providing new targets. Next steps: a mobile component is under development for future campaigns. 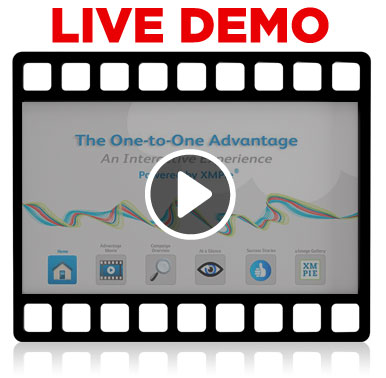